In 1958, on the occasion of the 10th anniversary of the National Day, in order to show the achievements made in the 10 years since the founding of the People's Republic of China, the "Top Ten Architectural Art Work Conferences of the Capital" was held.  In September of the following year, the sculpture "Long Live the People's Commune" was inaugurated and stood on both sides of the square of the Agricultural Exhibition Hall. 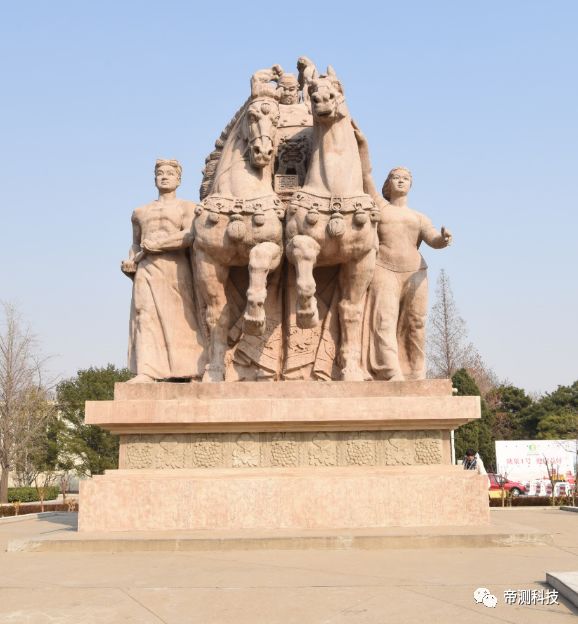 The sculpture of "Long live the People's Commune" is made of artificial sandstone, which shows the majestic momentum and high passion. It vividly shows the spirit of fiery era and the prosperity of the times as well as the incomparable confidence and determination to build a better society. 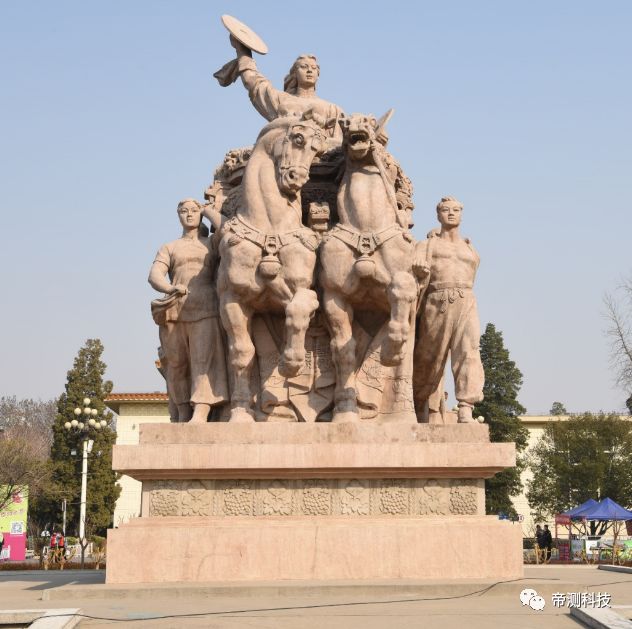 These two sets of sculptures are of great epoch-making significance, breaking through the limitation of direct depiction of life phenomena, using a huge monumental technique of centralized summary, symbolism, and vividly express the  spirit demonstrated in the people's communization movement.

Appreciation and analysis of the details of the carved figures in the "Farming, Forestry, Animal Husbandry, Vice Fishing"

Each of the two sets of sculptures has a height of nearly 10 meters and a base of 2.3 meters. The figures are organized in the form of a festive harvest. The sculpture on the north side is based on the theme of "Industry, Agriculture, Commerce, and Commerce", and the drums are drummed immediately. The male drummer is the center, but strides on the horse, struggling to drum, high spirits, tight arms, chest and abdominal muscles; the horses are in step, raised, and they are struggling to leap forward; around the horses there are 8 representative characters, listening attentively, or raising their lips, smiling pleasantly, and echoing with the young people immediately, forming a unified and changing whole. The sculpture on the south side has the theme of "Agriculture, Forestry, Animal Husbandry, and Vice Fishing". The basic structure is roughly the same as that of the North Block. It is also 8 people around the horse, but the character on the horse is replaced by a young woman who is up against the wind. His hair is not tied up, let it flutter with the wind, showing a more fashionable look. The overall structure of the two groups of sculptures is in a dynamic state and has a strong sense of stability, composure, and perfect integration with the magnificent and magnificent agricultural exhibition hall with rich ethnic characteristics.

The Appreciation and Analysis of the Details of the Carved Figures in "The Workers, Peasants, and Businessmen"

As time goes by, those fiery years are gradually away from us and become unforgettable memories; years are like shuttles, and wrinkles slowly climb on the face, like life and death. The sculpture are also suffering from diseases and need to be diagnosed and repaired.

The past repair history of "Long live the People's Commune" group carvings is untraceable. The first restoration was in 1971, and the original appearance of the work was successfully restored. The second restoration was in 1998. After only washing the surface of the sculpture, it was sprayed with brown architectural paint for maintenance.

Because the construction techniques adopted in the two restorations are not exactly the same, the appearance of the two is greatly different in color, and the degree of surface damage is also different. The sculpture on the north side seems to be covered with a thick dark brown shell, and the thickness of the lift off is about 2-3mm, the adhesion is very strong; the coating on the outer wall depression is too thick, the protective coating is partially loose and cracked, the southern sculpture is basically the original color, the protective coating. There were the phenomenon of shedding, partial damage and incompleteness of the objects, therefore, the sculpture protection working group composed of experts inside and outside the museum started to repaired the two groups of sculptures from September to December 2014. 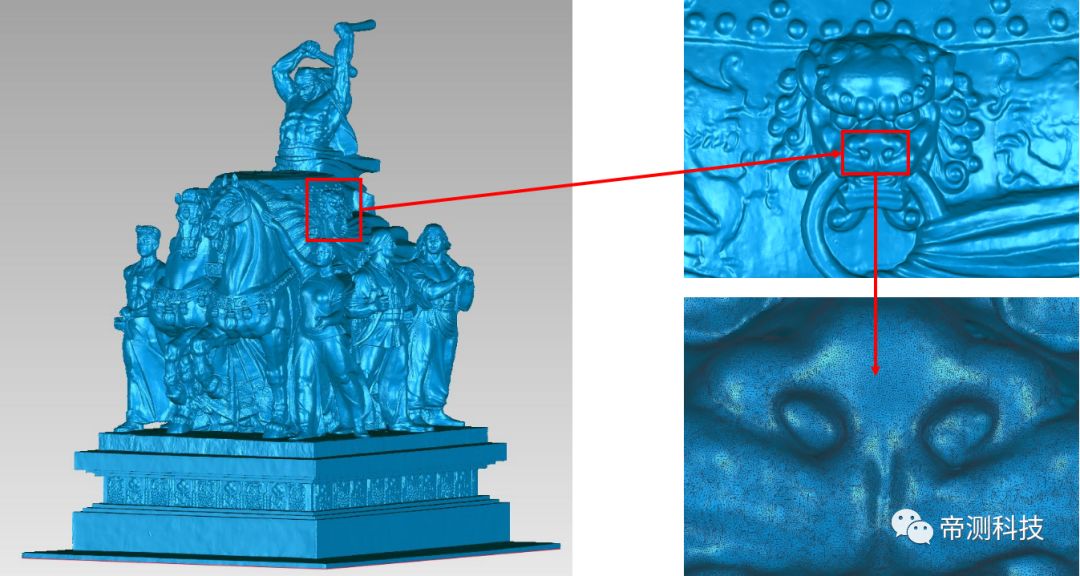 Since the height of the statue is about ten meters, the base has reached 2.3 meters. It is difficult to appreciate the details of the face and other parts of the character. After high-precision three-dimensional information retention and data processing, each part is clearly and truly restored. At the expert acceptance meeting, our results were unanimously affirmed by all experts and won high praise. After seeing the 3D printed copy, an expert burst into tears with excitement and sighed for the first time to admire this group of statues at such a close distance, as if he had returned to that fiery era. 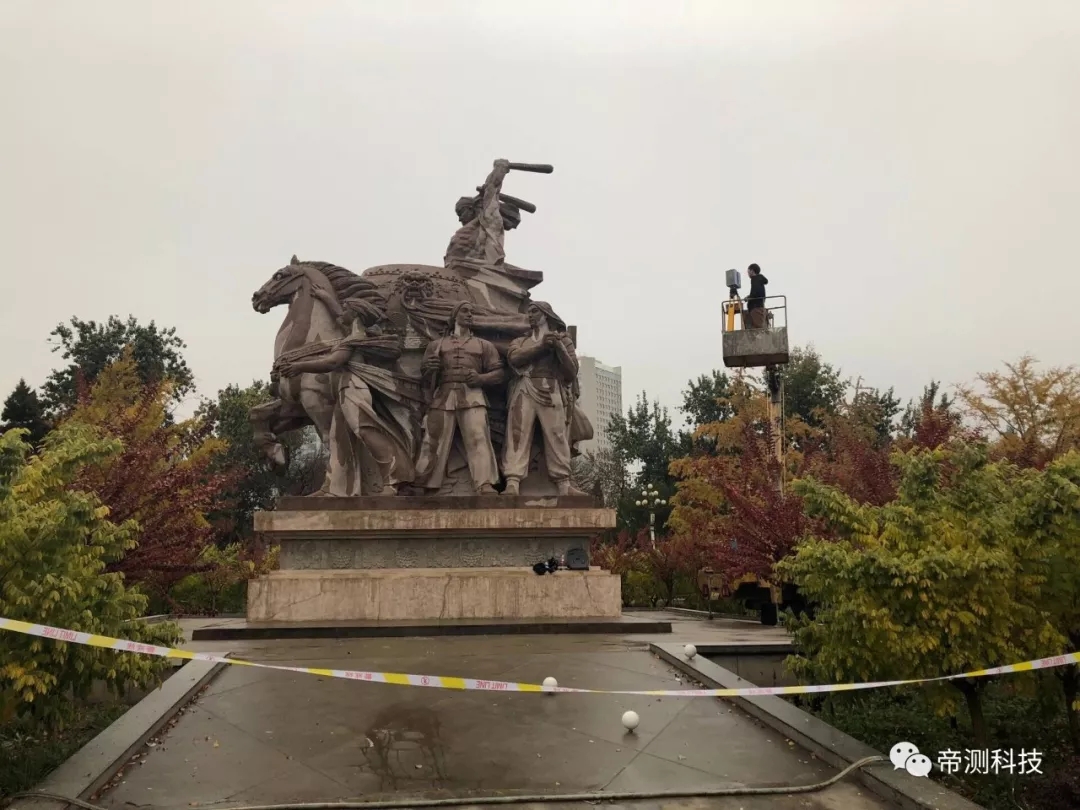 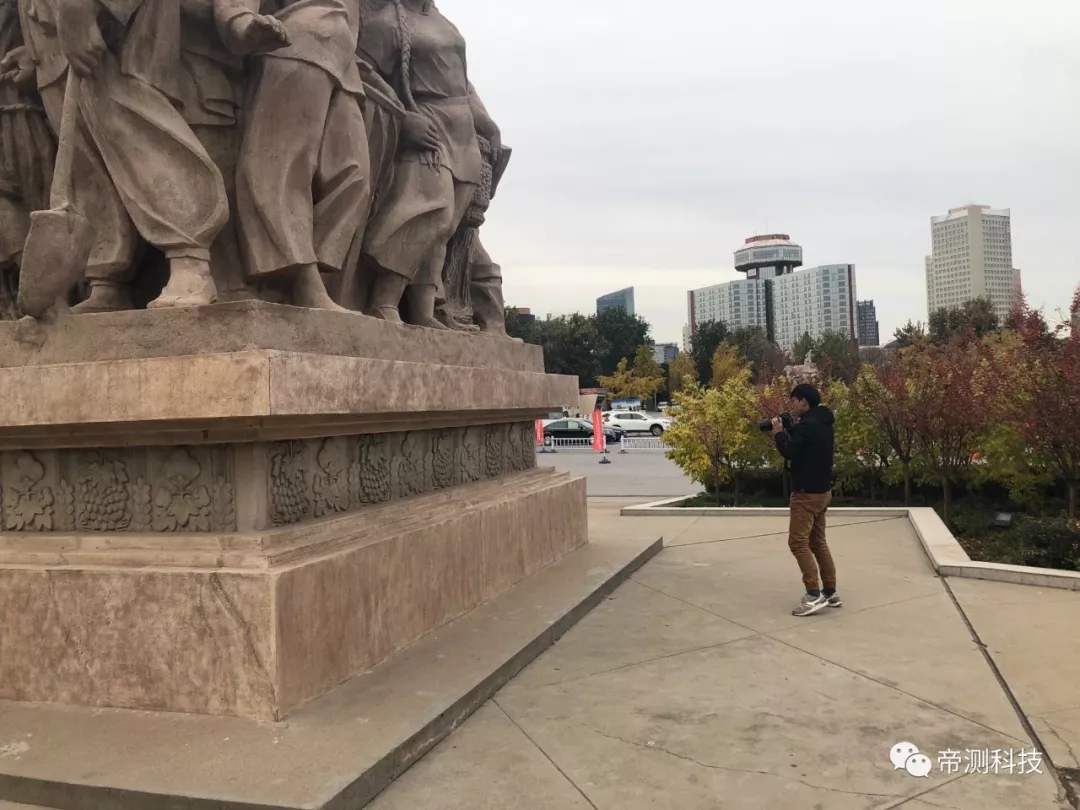 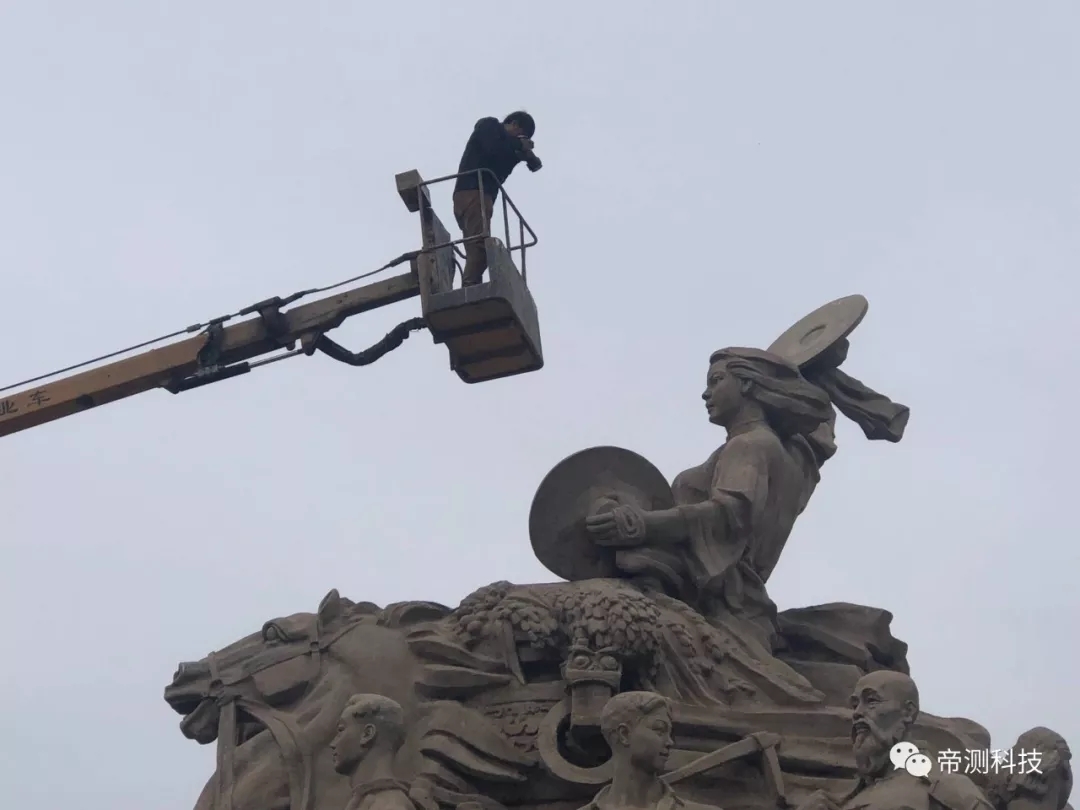