中文|EN
PARTY
Remain true to our original aspiration and keep our mission firmly in mind.
HOME > PARTY
NoneNextReturn
Digsur’s Party Branch Fight at the Forefront to Build a Red Security Line
2020-04
02
Confronted with the coronavirus, Digsur’s party branch actively responded to the call of the Party Central Committee, resolutely shouldered the major political responsibility of pandemic prevention and control work, and took coronavirus prevention and control as the overriding political task, actively did its own anti-virus work, and took the lead in implementing the relevant work arrangements of the district party group.

Confronted with the coronavirus, Digsur’s party branch actively responded to the call of the Party Central Committee, resolutely shouldered the major political responsibility of pandemic prevention and control work, and took coronavirus prevention and control as the overriding political task, actively did its own anti-virus work, and took the lead in implementing the relevant work arrangements of the district party group.

Recently, Zhang Xiangqian, the secretary of Digsur’s party branch, seriously conveyed to the party members the Notice of the Disciplinary Committee of the Human Resources and Social Security Bureau of the Changping District of Beijing Municipality on the Disciplinary Requirements during the Prevention and Control of Coronavirus. Digsur actively set a good example in the prevention and control of the Coronavirus in strict accordance with the requirements of the notice. It is reported that during the pandemic, Digsur’s party branch actively responded to the call of the Organization Department of the CPC Changping District Party Committee in Beijing, and its party members actively participated in the "I am on the weekend" activity, played a pioneering and exemplary role, took the initiative to report to the community (village), followed the management arrangements, and actively cooperated with community (village) pandemic prevention and control work. They shouldered their responsibilities and effectively played the role of a party organization fortress.

“This is of great significance to us all. As a party member, if the organization has a call and the pandemic situation is needed,  it is necessary to take the lead in signing up to join the front-line team. The pandemic prevention and control duties are usually in the neighborhood, which is not far away from us and is very convenient. Residents in and out of the community are basically cooperating, presenting their IDs and permits, and measuring body temperature. We can all realize: "It's really good when everybody is good. ." If conditions permit, we encourage everyone to participate in!” 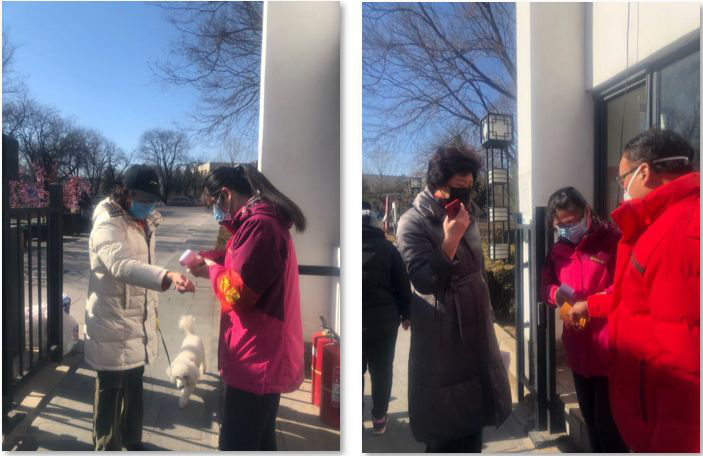 “I recorded the information of people returning to Beijing fron other places for our community's Beijing pandemic situation system, and checked all the information of the residents of each household in the jurisdiction. If any household registration was found in Hubei or Wuhan, I contacted them immediately to confirm whether they were out of Beijing. There are six or seven thousand people in a village. At present, we have passed the hardest and busiest time. Later, the serving party members joined the "fighting" one after another. The pressure gradually slowed down. During this period, no one was bitter and tired, which fully reflects the spirit of the hard-working of party members.” 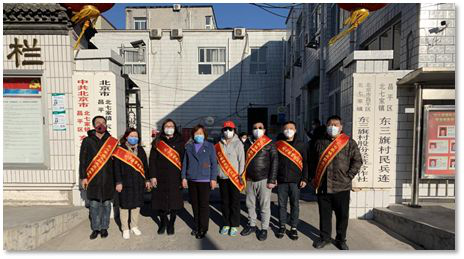 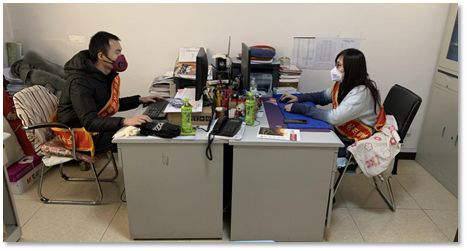 Other party members of the Digsur's party branch also actively contacted, signed up and registered with their communities, hoping to make their own contributions. Party members not only have the solemn oath of the party, but also charge forward in times of crisis and hardships. In the face of choice, I will take the lead, face the test, and I will take the responsibility. In this battle without smoke, the members of the Digsur's party branch will build a "red" security line for the broad masses through practical actions and play the role of battle fortress, condense a strong force, write the glory of the communist era with loyalty, perseverance, courage, dedication.

Founded in 2004, Digsur is a high-tech enterprise registered in in Changping District Science and Technology Park. In 2011, the party branch was established with president Zhang Xiangqian serving as the chairman. It is committed to continuously strengthen the construction of party organizations, unite all employees, safeguard the legitimate rights and interests of enterprises and employees, and promote the healthy development of enterprises. At present, the company has developed into a national high-tech enterprise and China's top 100 geographic information enterprises, with an annual output value of over 100 million and more than 400 employees The party organizations and enterprise labor unions are sound, and 23 party members have been archived. The realization of the dual-strength development goals of "strong enterprise and strong party building" provides a solid organizational guarantee for the party building work and economic development in Changping District.

The company adheres to the concept of "party construction leads the construction of corporate culture" with the striver oath of Digsur deeply rooted in the hearts of all employees. The party branch has been actively organized and convened party building activities. From 2012 to 2019, it was awarded the title of advanced party branch by Changping District Human Social Security Bureau Committee of the Communist Party of China for 8 consecutive years.